Return in a Portal Brick

To build off the last devlog on Core Mechanic 1: Rescue Space Men this is just to help a few people that might get lost and hopefully they will find this for explanation.

As it is a Ludum Dare jam game, we aren't allowed to make any changes for 20 more days.  Since we can't add some in game tips or guidance I figured writing a devlog is the best I can do.

When to use a portal?

Core Mechanic 1 tells that you need to rescue Space Men, but you can only hold so many...

The blue UI on the bottom right shows your Capacity.  This is a full capacity.

So once you get full there is no benefit in staying out any longer.  Note you can return while not at full capacity.  There is no penalty for not being full, you just get points and cash per space man rescued.

Benefits of returning in a portal?

Well if you never return it is just an endless run until you die...but here is what returning does: 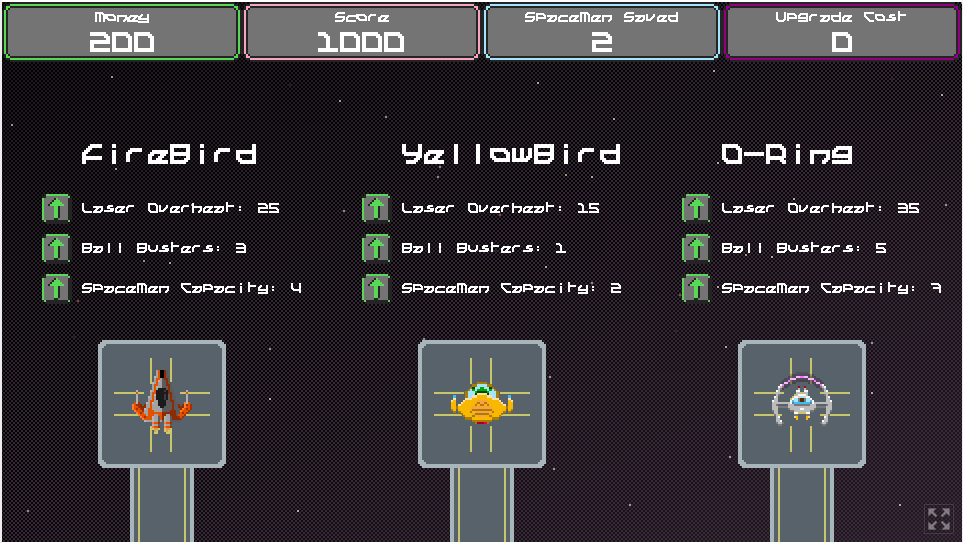 Click the upgrade arrow to upgrade parts of the ship

There are maximums.  Each maximum varies by ship.

Note: this next section is copied directly from the Tutorial Devlog as it was already explained there.

What is a portal?

A portal returns your ship back to the hangar and opens up the upgrade/select ship menu again.

Returning to the hangar allows your ship to unload all the space men you pick up which gives you points and money.  Your ship has a limited capacity of spacemen it can carry so you have to return to the hangar via a portal frequently.

With that money you collect you can upgrade your ships by clicking the green arrows next to their stats.

So if you don't figure out the concept of the portal then you are missing out on a lot of the game!

How do I open a portal?

If you run into the portal brick your ship crashes and explodes.  It has to be opened first.

To open a portal you have to bounce your balls off it three times.  This can be the same ball deflected back at it or three different balls.

Lasers have no effect on portals.

After three bounces the portal open animation starts.  The portal isn't "open" until that animation finishes (I did that on purpose...probably a bit too harsh, hehe)

NOTE: the power bricks will destroy a portal, open or closed, if in the row/column of destruction.  So if needing to get out then watch where your balls are flying!

Save spacemen and juggle your balls!